The Genealogy of David

(Rev. Sydney Webster, a graduate of The Berkeley School of Theology. Rev. Webster works as a hospice chaplain and preaches and teaches throughout the Bay Area)

So Boaz took Ruth, and she became his wife. When they came together, the Lord made her conceive, and she bore a son. 14 Then the women said to Naomi, “Blessed be the Lord, who has not left you this day without next-of-kin, and may his name be renowned in Israel! 15 He shall be to you a restorer of life and a nourisher of your old age, for your daughter-in-law who loves you, who is more to you than seven sons, has borne him.” 16 Then Naomi took the child and laid him in her bosom and became his nurse. 17 The women of the neighborhood gave him a name, saying, “A son has been born to Naomi.” They named him Obed; he became the father of Jesse, the father of David. 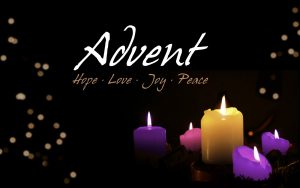 The book of Ruth is one of two books in the Biblical canon that are named after a woman.  Ruth, a Moabite woman is the central character of the narrative. Ruth heroically chooses to remain with her Israelite Mother-in-Law Naomi after both women become widowed. These women understand that they are bound by the patriarchal structure of ancient Israelite culture. They understand that without husbands or sons they are powerless and vulnerable. Ruth and Naomi form a strong bond in their grief and decide to leave Moab and move to the land of Israel. It is here that Ruth will meet and marry Boaz. Boaz is introduced as having a connection with Naomi and is described as a “kinsman on her husband’s side, a prominent rich man of the family of Elimelech whose name was Boaz.” (2:1).  Naomi encourages Ruth to pursue Boaz through plotting and manipulation. Ruth will essentially “take one for the team” and offers herself up in order to save herself and her mother in-law Naomi.

The relationship between Ruth and Boaz is often lifted up as a model of redemptive romantic love. In my experience, it is very common for women of a marriageable age to be counseled to “pray to meet their Boaz.”  After much thought and prayer, and after a careful examination of the text, I see the relationship between Ruth and Boaz as one in which a woman is made to attach herself to a man in order to survive. I have many thoughts about Boaz and the lack of balance of power. This inequality becomes evident when Boaz enquires about Ruth. He doesn’t ask her name but instead asks, “To whom does this young woman belong?” (2:5), clearly Boaz wants to know if Ruth is the property of another man. This being said, I do not lift Boaz up as the model of a loving spouse. I much prefer Joseph, the earthly father of Jesus. It was Joseph who trusted and believed Mary even though the mere insinuation that his fiancé become pregnant out of wedlock with a child that was not his could have been a death sentence. Joseph remained bonded to Mary and went on to raise Jesus as his own. Mary and Joseph had other children together. Joseph encouraged Jesus and taught him the family trade of carpentry. Mary and Joseph seem better examples of healthy romantic love.

The beauty of the story of Ruth is the love that binds Naomi and Ruth. These two women remain bonded together and in an act of resistance, both women survive. Ruth bears a son and creates a new family that includes Naomi. Scripture tells us that this son is a divine gift: “the Lord made her to conceive and she bore a son” (4:13). The child will be named, Obed, which means servant. He will be a blessing to Naomi in her old age (4:15). Naomi is loved and included and her reputation is restored in her homeland. The women in the town said to Naomi, “Blessed be the Lord, who has not left you this day without next-of-kin, and may his name be renowned in Israel! 15 He shall be to you a restorer of life and a nourisher of your old age, for your daughter-in-law who loves you, who is more to you than seven sons, has borne him.” And although there is great importance put on yet another man, a boy child. Naomi and Ruth are cemented in the pages of scripture as family, as mother and daughter and as women who did what they had to do, together, in order to survive.