Hail to the Lord’s Anointed

(This hymn of Advent has also has strong social justice / concern themes.  The words are  based on Psalm 72. It was written by Scottish-born, later English-resident, Morovian-church member, hymn writer, poet and newspaper editor, James Montgomery (1771-1854), and  first published in 1821 as a Christmas hymn. With meter 7.6.7.6 D, tunes it is set to include: CRÜGER by German composer Johann Crüger (1598-1662); ELLACOMBE from Gesangbuch der herzogl wirtembergischen katholischen Hofkapelle (Württemberg, 1784, adapted by English organist William H. Monk (1823-1889))).

For the grace of God has appeared that offers salvation to all people. 12 It teaches us to say “No” to ungodliness and worldly passions, and to live self-controlled, upright and godly lives in this present age, 13 while we wait for the blessed hope—the appearing of the glory of our great God and Savior, Jesus Christ, 14 who gave himself for us to redeem us from all wickedness and to purify for himself a people that are his very own, eager to do what is good. 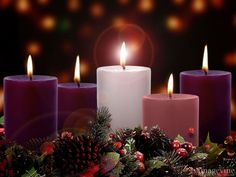 Hail to the Lord’s Anointed

Hail to the Lord’s anointed!
Great David’s greater Son;
Hail in the time appointed,
His reign on earth begun!
He comes to break oppression,
To set the captive free;
To take away transgression,
And rule in equity.

He comes, with succor speedy
To those who suffer wrong;
To help the poor and needy,
And bid the weak be strong;
To give them songs for sighing,
Their darkness turn to light,
Whose souls, condemned and dying,
Were precious in His sight.

By such shall He be feared
While sun and moon endure;
Beloved, obeyed, revered;
For He shall judge the poor,
Through changing generations,
With justice, mercy, truth;
While stars maintain their stations,
Or moons renew their youth.